Red deer (Cervus elaphus) are impressive animals at any time of the year, but as autumn’s cloak sweeps away the remnants of summer, the stags really come into their own.  In this article, Kate Priestman takes a closer look at this enigmatic species …

Red deer are a native species to the UK, they are thought to have migrated from Europe c. 11,000 years ago. Once widespread across the country, the introduction of agricultural systems resulted in deforestation of large areas in order to form fields, which in turn led to population declines and the retraction of red deer distribution to scattered locations across the UK, with the main populations confined to the Highlands of Scotland and south-west England.

However, The British Deer Society note that, “re-introductions, escapes from deer parks, natural spread, together with an increase in the Highlands and in forest and woodland cover since the early 20th century, mean that red deer are now widely distributed and are expanding in range and number”. 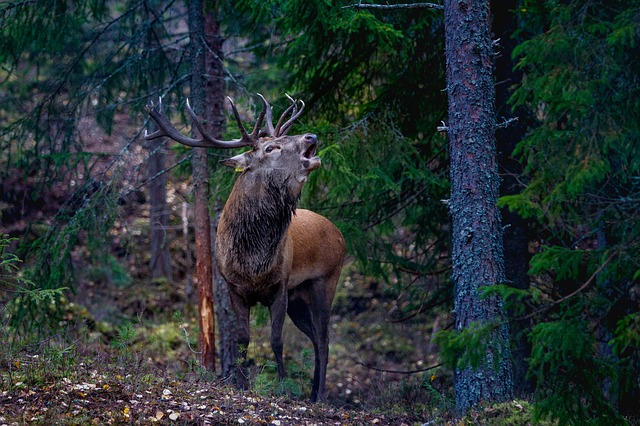 Taxonomy
There is some controversy with regards to red deer taxonomy – genetic evidence indicates that red deer is a species group, rather than a single species; in addition, there is much debate about the number of subspecies, which is further confused by hybridisation. 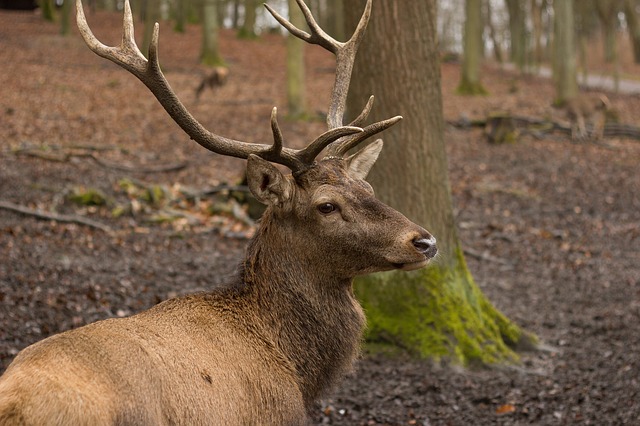 Distribution
Red deer are distributed from Europe into North Africa and the Middle East, and are present on a number of islands.

In the UK, indigenous populations occur in Scotland, the Lake District and the south-west of England (principally on Exmoor) – some of these populations have been supplemented with deliberate releases of deer from parks. Red deer have also been found to hybridise with the closely related sika deer. 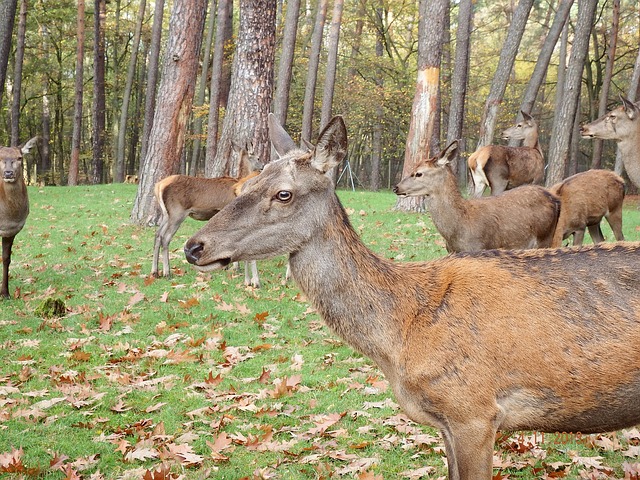 Ecology
Red deer vary in size depending on their habitat, indeed it is known that deer found on open habitat in Scotland are smaller than those in lowland English woodland. This difference appears to be related to the availability of food during the winter months.

A red deer’s diet mainly consists of tree shoots, grasses, sedges and shrubs. In the autumn months, fruit and seeds are also important.

Red deer are ruminants, characterised by a four-chambered stomach. They have a feed-ruminate cycle of between five and nine hours, with peak times of activity at dawn and dusk.

In woodland, red deer are largely solitary or occur as mother and calf groups. On open ground, larger single-sex groups occur, where they tend to only mix during the rut. 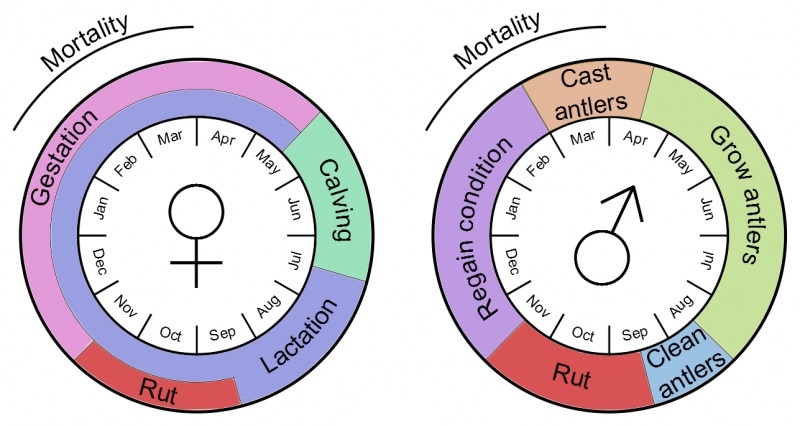 Autumn heralds the breeding season when stags compete for the females – hinds. Their habitat echoes to the sound of the red deer stags roaring and clashing antlers as they seek to assert their dominance with one another.

Rival stags challenge opponents by bellowing and walking in parallel – a ‘stiff legged’ side-by-side strut. This allows rivals to assess each other’s antlers, body size and fitness. If neither stag backs down, this can lead to fighting whereby the males clash antlers together, sometimes leading to serious injuries. 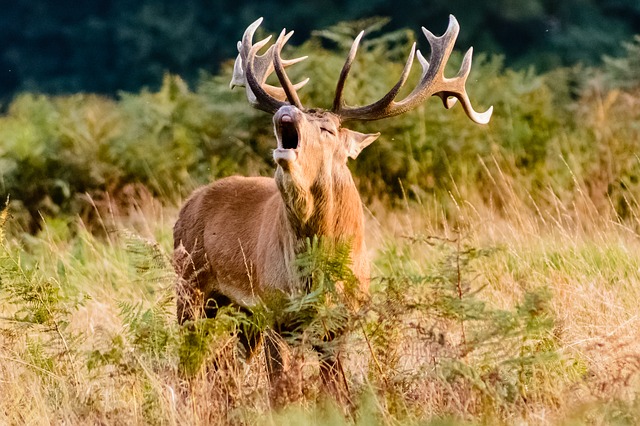 Only a few males hold harems – these top males use up an enormous amount of energy: they rarely eat (if at all), having to fight or chase away challengers and maintain their harem of females.

About the Author:  Kate Priestman (CEnv, MCIEEM) has over sixteen years’ experience as an ecologist.  Prior to setting up her own consultancy business in 2012, Kate worked in London for over a decade, providing the lead ecology role for a number of high-profile projects.  Kate works as an artist, author, writer and editor.