Thirty years ago today, the UK was coming to terms with the devastation that occurred on the night of 15–16 October, whereby a severe storm swept across the country. The aftermath of this ‘Great Storm’ has had repercussions for woodlands and landscapes that are still felt today …

The Great Storm of 1987 was a complete surprise for the majority of people. At its peak, it raged continuously for three to four hours, reached gusts of 110 mph, caused the tragic death of 18 people and uprooted a staggering 15-million trees.

Many woodlands in the south east lost 95% of their trees – this loss was exacerbated by wet soils prior to the storm; trees were literally torn up by the roots and flung onto the ground. The effect was catastrophic and fundamentally altered the affected landscapes. 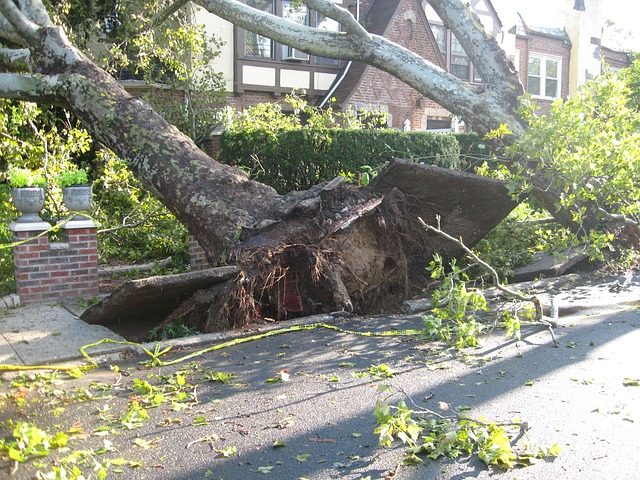 The aftermath and lessons learned

Initial reactions in many instances saw land managers diving for chainsaws and diggers in an effort to remove the fallen trees; but this approach often led to further destruction and devastation through compaction of the sodden soils, resulting in erosion and degraded conditions, and the loss of what could have been ecologically valuable deadwood habitat. The removal of trees also took away the potential for the natural regeneration that could have been achieved if they had been left in situ.

In many cases, however, due to the enormous scale of the tree loss, the decision was made to leave timber where it lay, and to allow woodlands and forests to naturally heal themselves.

Spaces created by the fallen trees allowed dormant seeds an opportunity to grow. The regeneration of woodland has, in many cases, led to an improvement in botanical structure and species diversity.

As the woodland canopies were opened, species of fauna, such as birds of prey, were able to benefit due to their quarry being more accessible.

The storm led to changes in management in terms of the age of trees that were planted. Previously, many woodlands and forests were comprised of trees of a similar age, decreasing their resilience and sustainability; nowadays, a mixture of ages is promoted, in addition to the inclusion of shelter-belts, which are used as buffers to disperse and filter storm activity. It has also led to the reintroduction of more suitable broadleaved native species, such as oak and maple, rather than shallow-rooted pines and firs.

The after-effects of the storm highlighted just how precious trees are to many people on a personal level; this prompted the planting of more trees than ever before.

Perhaps most importantly, the storm led to the fundamental realisation that nature is more than capable of recreating itself without man-made interference. This more relaxed way of management is often implemented in today’s forestry and was to a greater extent born out of the Great Storm event. 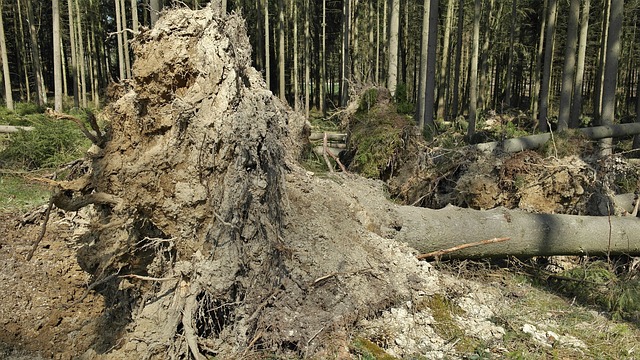 Case Study – Toy’s Hill, Kent
Toy’s Hill comprises a 93-acre woodland, located at the highest point in Kent. It lies within Scord’s Wood and Brockhoult Mount Site of Special Scientific Interest (SSSI). Prior to the storm, the area comprised ancient woodland and remnant heath. The storm resulted in a loss of 98% of the trees – around 90% of those lost were beech.

The effects were seen as a rare opportunity to study natural regeneration; therefore, a variety of approaches were implemented: some of the areas were cleared and left to regenerate naturally, other areas were replanted following clearance, some areas were carefully cleared with a view to manage these areas as heathland habitat, and a final strategy was to leave another section entirely to its own devices.

Studies at Toy’s Hill have concluded that whilst the initial impact of the storm was one of destruction, it is likely that many of the trees that were there before the storm were old and beyond their peak reproduction age; furthermore, the dense canopy precluded the growth of seedlings – the storm, therefore, presented the opportunity for germination. It has been identified that more harm than good may have been done in the areas where regeneration was actively managed through clearance, in efforts to speed it up – birch colonisation was more extensive in these areas than it might have been had the intervention been lighter.

Several species took advantage of the disruption, including native clematis, honeysuckle and heather – unseen in the area for more than a century. The National Trust reported that birds and dormice also benefited in the aftermath. The woodlark and nightjar population increased, and little owl, tawny owl, buzzard, hobby and sparrowhawk exploited the more open woodland.

Overall, what was once seen as a tragedy is now seen as the instigator of beneficial changes in biodiversity and management approaches, and an increased understanding that death and decay is part of nature’s strategy of regeneration and life. This has resulted in healthier habitats, and greater mosaics of species and structure in our woodlands.

About the Author: Kate Priestman (CEnv, MCIEEM) has over sixteen years’ experience as an ecologist.  Prior to setting up her own consultancy business in 2012, Kate worked in London for over a decade, providing the lead ecology role for a number of high-profile projects.  Kate works as an artist, author, writer and editor.