How much reliance can be placed on the identification of a species using an online image?  In a newly published paper, researchers document the results of a study looking at accuracy and agreement of newt identification between experts…

As technology and equipment becomes cheaper and more accessible to a wider audience, it is increasingly being used as part of surveys and research to record parameters such as species presence, number, distribution and behaviour. Products such as camera traps, smartphones and drones are being used more and more frequently by professionals and wildlife enthusiasts alike. These types of equipment produce a plethora of images and associated metadata – but how accurately can information regarding the identification of ‘less obvious’ species be extrapolated from this data?

A recent study undertaken by Austen et al. (2018), looked at the accuracy of newt identification by holders of great crested newt (GCN) (Triturus cristatus) licences, when looking at online images. 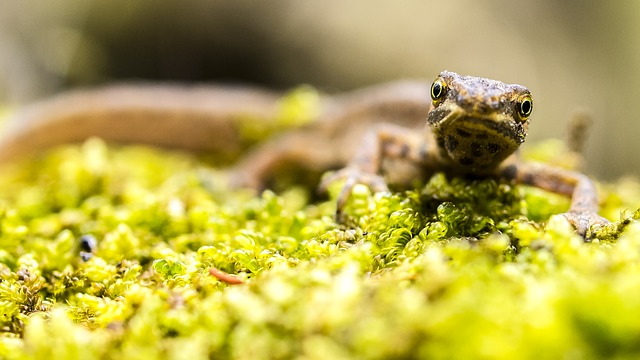 In areas of uncertainty, ‘expert’ judgement is often deferred to in order to verify a species identity, but this in itself has its own inherent uncertainties. Defining who an expert is can be tricky and is dependant on a whole range of factors. With regards to obtaining a GCN licence, the researchers comment:

“…instead of being required to demonstrate the relevant identification skills, applicants are required to supply a written reference from another licence holder. Therefore, licences are issued according to the perceptions and opinions of other practitioners within the domain, demonstrating that both individuals, and the community as a whole, are considered to be competent in newt identification”.

In order to test how accurately licence holders are able to correctly identify newts, the researchers used images that did not display a geographical or environmental context that could potentially influence the participant’s answers. They sought to determine the following factors:

A total of seventeen licensed volunteers took part in the research. The study chose four species of newt found in the UK – smooth (Lissotriton vulgaris), palmate (L. helveticus), great crested and alpine (Ichthyosaura alpestris) – and through means of a Google search, pulled out twenty images of each species. The identification label of the online image was assumed to be correct and a preference towards images from sources perceived to be most reliable in terms of correct labelling was made, such as The Wildlife Trusts. The participants were asked to group the images as they saw fit and then to label each group according to species. 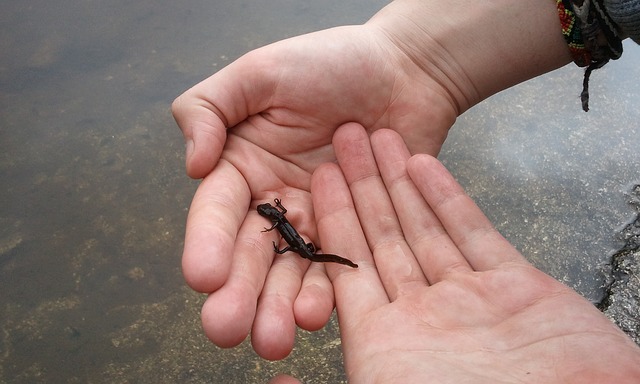 The mean overall accuracy was found to be 83%. This percentage increased to 87% when only counting images that were mistaken for one of the other study species. Judgements on species identification were found to be inconsistent, and approximately half of the participants named species that were not present, or opted for ‘don’t know’ decisions.

Although approximately half of the participants grouped and named the four study species only, the images included in the species groups that they made, differed between participants. However, the mean accuracy of participants naming only the four study species was 91%, compared with an average of 74% accuracy by those who designated one of their groups as ‘don’t know’.  These findings suggest that accurate identification from images alone is limited. This could be as a result of factors such as image quality, image composition, or even the species itself.

The study reported that as well as identification varying between participants, it was also highly variable among species, ranging from 96% for GCN to 69% for palmate newt.

A few of the more pertinent conclusions and comments are detailed below: